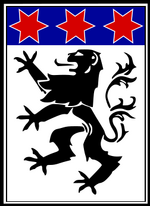 CONSTITUTION OF THE REPUBLIC OF AQUISGRANA

Promulgated this Ninth day of June Two thousand and nine.

The People of the Republic of Aquisgrana, united in continuing the work of the Constitution of 25 June 2009, and imbued with the will to continue resolutely along the path of peace and amity with all peoples, social justice, democracy, and international understanding, have adopted this Constitution.

State authority must serve the welfare of the people, liberty, peace and progress. Those active in public service are servants of the community as a whole.

The State Authority shall be organized along the following lines:

The Magistratus will be the titular leader of the Republic, but the official acts of the Magistratus must be approved by the Concilium Ministrorum, with whom he votes on all matters coming on for their approval.

The Ministers will be chosen by the Magistratus, and presented to the People for their approval as expressed in an alliance-wide vote.

The Concilium Populi will be chosen by alliance-wide election as set forth below.

All citizens of the Republic of Aquisgrana, Ministers, Vassals and Discipuli alike have a civic duty to vote in elections for the Concilium Populi.

Elections will be held every three months, beginning the last day of the month and ending on the first day of the following month, as follows:

The Conclavis Populi will consist of every citizen of the Republic, and allows them to voice their concerns, to set forth ideas for the progress of the Republic and is where referenda will be posted for public approval.

1. Minister Domesticus (Minister of the Interior)

The duties of the Minister of Economics:

By means of economic planning, the Republic ensures to each citizen necessary sustenance to provide against the economic consequences of the vicissitudes of life. It is incumbent upon the economy to benefit the whole people to ensure that everybody will obtain, in accordance with his performance, a just share in the yield of production.

Freedom of enterprise in the form of privately-organized tech deals is guaranteed to the individual within the scope of the above tasks and aims.

In order to secure a basic standard of living for all citizens and to promote their prosperity, the State will establish a public economic plan. It is the task of the government to supervise the implementation of the plan.

It is the duty of State authority to maintain and cultivate amicable relations with all peoples.

He or she concludes and signs treaties with foreign countries on behalf of the Republic. All treaties or recision of the same must be approved by a majority vote of the Concilium Ministrorum and the Concilium Civitatis.

The Minister of Foreign Affairs accredits and receives foreign ambassadors and ministers.

It is the duty of the State to ensure security for all citizens. The Minister of National Defense is charged with maintaining military forces in readiness at all times to ensure the Republic’s continued smooth functioning in the event of attacks on the Republic of any citizen.

Though no citizen may participate in belligerent actions designed to oppress any people, all citizens are obligated to rise to the defense of the Republic and its allies. Refusal to participate in any such defensive action will be grounds for expulsion from the Republic.

Tech raiding is strictly prohibited and considered a crime against peace and the security of the Republic.

The Minister of Immigration is charged with recruitment and education of all new citizens.

Any nation wishing to join the Republic of Aquisgrana may do so by posting in the appropriate thread on the forums according to the form therein set forth.

Rights and Duties of Citizens

All citizens have equal rights before the law.

Incitement against the lawfully constituted institutions of the republic, warmongering, engaging in rogue attacks or espionage during peace time, the manifestation of religious and racial hatred and of hatred against other peoples, as well as any other discriminatory acts are crimes. The exercise of rights within the meaning of the Constitution is not to be considered a crime.

Whoever has been convicted of such a crime is disqualified from holding public office and will be subject to such disciplinary actions as determined by the authorities.

All citizens have equal rights before the law. No citizen shall be deprived of his right to be tried before a tribunal, appointed by agreement of the three governing councils and led by the Minister Domesticus. All court proceedings are open to the public. In all matters involving a threat to public safety and order, however, the court may order the public to be excluded.

Every citizen has the right and the duty to take part in the political life of the Republic. This right takes the form of:

Submitting petitions to the Concilium Civitatis.

Every citizen is in duty bound to act in accordance with this Constitution and to defend it against its enemies.

The generally-recognized rules of international law are binding upon State authority and every citizen.

Every citizen has the right to emigrate according to established procedure.

All citizens have the right to express their opinion freely. No one may be discriminated against for exercising this right. There is no press censorship.

The Republic renounces the policy of Nuclear First Strike.

The Republic renounces the policy of Eternal Zero Infrastructure as inherently inimical to our concept of human rights and dignity.

In the event that any Official of the State should fail to perform his duty, he may be removed by a sixty-seven per cent vote of the Concilium Ministrorum and Concilium Civitatis.

The above Constitution is hereby promulgated by agreement of the Government of the Republic of Aquisgrana.

Amendments to the Constitution

Amendments to the Constitution can only be passed by a 2/3 majority vote from the Conclavis Populi and a simple majority of the votes in Concilium Ministrorum. However, if the amendment is to affect the Section II (Rights and Duties of the Citizens) then it must also gain a +50% majority in a public referenda. Failure to gain a majority in any of the three mentioned sectors will mean that the amendment won't be implemented and no similar proposition may be made before at least three months have passed since the last vote on the amendment.

Retrieved from "https://cybernations.fandom.com/wiki/Charter_of_the_Republic_of_Aquisgrana?oldid=340899"
Community content is available under CC-BY-SA unless otherwise noted.