Cacti in the Orient ~ Phantasmagoria of Eastern Wonderland

Cacti in the Orient ~ Phantasmagoria of Eastern Wonderland is an Optional Defense Pact between the Random Insanity Alliance and Shangri-La announced on October 12, 2012. It was upgraded to the Masquerade of Madness ~ Rhapsody of Eastern Wonderland mutual defense and optional aggression pact on June 23, 2013.

Text of the Treaty

The Embodiment of Scarlet Devil

Under that strange scarlet moon where cherry blossoms blow and blocks of different shapes fall from the sky it is said that the moving cacti and the representatives of the oriental paradise met. The Random Insanity Alliance and Shangri-La - in recognition of their friendship, common values and interests and in pursuit of their collective security, strength, and prosperity - came together one night under the light of the red moon. Where once there had been conflict and anger now stood friendship and understanding. The two vowed to continue to move forward from the darkness of the past to a new and shining future.

In order to work together, several basic guidelines were set up by the representatives. It was agreed that a peaceful co-existence between the two would be maintained. Neither would try to purposely harm the other or help those trying to harm the other in any way.

Endless whispers are said to flow through the winds of the world. It was agreed that should either hear any dangerous whispers that could effect the other they would quickly share it in a discrete underground area.

Ownership of Florida Site 51, created with the Unknown Entity Accords, shall be split between the two and continue all operations. Its primary focus shall be shifted to the study of the various Undefined Fantastic Objects that were recently moved to the facility.

The weather of the world has always been unpredictable, calms and storms can appear or disappear at any moment. The two agreed that they could always ask the other for help should they get caught up in any kind of storm. Such assistance would not be required but would be encouraged in order to strive for the Embodiment of Scarlet Devil.

Should the bonds of the two fray, it is said that they must partake in the Hopeless Masquerade. If they are unable to find and reconcile with each other within the ever changing crowd they may then sever their contract to the gods. The Hopeless Masquerade is said to last at least two days at which point the two may then choose to go their separate ways into the faceless crowd.

For the Random Insanity Alliance 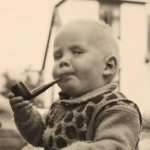