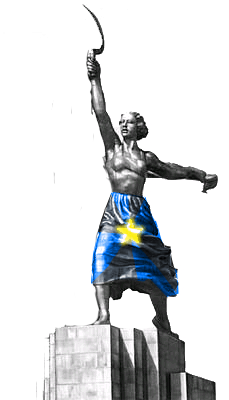 Radio Free Pacifica is the online Radio station of the New Pacific Order.

The Broadcasting Division originally began back in February 2007, on the initiative of former Emperor TrotskysRevenge who wrote the first guide how to fulfill the duty of a DJ technically. Radio Free Pacifica has been in the early stages of development at that time since Broadcasting Division hasn't been as organized and as common as nowadays. Single, motivated DJs posted when and what kind of music they were intending to entertain Pacificans with.

Former NPO member Suid-Afrika, as one of the early DJs at this time, decided to give with his show an example, to "motivate the soldiers, inspire the generals, and give a fitting theme to be heard above the fields of battle, I'll be playing battle music on Radio Free Pacifica when I am on which basically means lots of Wagner, and maybe some 1812 Overture sprinkled in between in March 22, 2007."

In June 2007, former NPO member Elemnt80 shouldered the responsibility and asked Pacificans to do their part as DJanes and DJs by choosing a specific time to broadcast. Pacificans, who are very well known and prominent today, just like Koona and Frawley were some of the DJs who replied without hesitating and willing to do their part for Pacifica.

In the middle of June 2007, Hawk_11 as Director of Radio Free Pacifica intervened to heighten the profile of the station and announced "Radio Free Pacifica is proud to bring you the recording artists Cheap Trick and their hit album "Live at Budokan" on June 15, 2007 at 9pm EST (-5GMT). Seats are limited, so make sure you get in by listening to the Radio Free Pacifica broadcast before it all goes down. DJ Hawk will be providing the event uninterrupted to maintain the concert atmosphere of the album".

About a dozen of DJs were willing to do their job, however, neither a lot of listeners nor a concrete schedule existed until Hawk_11 took care of them. In October 16, 2007, Hawk_11, with the consent of Emperor TrotskysRevenge established and proclaimed the first thread concerning "Rules and Guidelines", a work that is in most of its parts still in effect hitherto.

As time drew on, Broadcasting Division has faced many DJs coming and leaving like Brennan, Woodrow, Vengashii, Brehon and Bakamitai, in order to name but a few of them. Regardless of whether DJs remained within Broadcasting or not, each of them has shaped one of NPO's most significant Media Divisions.

Changes within Media and Broadcasting Edit

At the end of November 2009, Broadcasting underwent a change as the whole Media Corps. Cortath became the fourth Emperor of the New Pacific Order and former Emperor TrotskysRevenge became Station Manager. In April 2010, Squintus was appointed Station Manager and Jgolla in May 2010, since Squintus was promoted to Coordinator of Media Corps.

Mix Masters are the Senior staff of Broadcasting.

Disc Jockeys are the entry-level position for Broadcasting.

Retrieved from "https://cybernations.fandom.com/wiki/Broadcasting_Division_of_the_New_Pacific_Order?oldid=478277"
Community content is available under CC-BY-SA unless otherwise noted.