Akken joined The Order of Light on September 25th 2007 under the alias of Allen Akken had joined TOOL shortly after coming to power. Akken Severed in TOOL. Akken's main focus while in TOOL was to learn about the world, learn the history the People and Alliances, and to understand how politics worked. After a few months Akken tried desperately to get Warren_jarol into TOOL council, at times writing speeches and helping with questions, this went on for 4 month. Without any success Akken tried running for Council, but was not fortunate finishing 7th out 10. During Akken's five month stay Warren and Akken tried desperately to bring more leftism into TOOL but was unsuccessful.

After 5 months, five attempts to gain Council seats within TOOL and wanting more to do with politics both Warren and Akken wanted to start their own Leftist alliance. After some Time of planning information concerning their possible planning to leave somehow leaked, turning into a disaster for Warren's last Council run. In a Private IRC channel a former TOOL member threatened the two if they left the two countries were going to be Tech raided by groups of members of an unknown alliance. After coming forward to TOOL government the two received help and was able to leave under the protection of Tool. 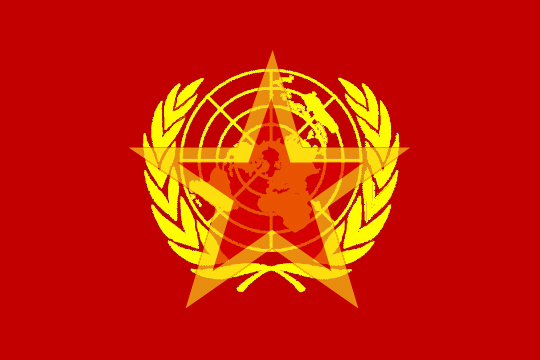 Akken and Warren left TOOL on February 12, 2008 to formed the UDCS. Their First real member was Cary123 which was a ex-tool member. The objective they set out in starting in was to create a Strong stable Leftist Alliance but sticking strictly to Marxism.

With the Formation of the UDCS Akken became concerned with the full Leftist world. After studying it's history every thing from ICP, LSF, SOL, CPCN, -SE- etc. Akken became concerned with the amount of bloodshed between the Leftist. With every Leftist alliance shouting for unity, it seemed Ironic that the leftist were fighting, over unity. Although the Idea of unity is the main goal of Communism many Leftist Alliance wouldn’t even take to one another, Akken’s main goal at the time was to unite the leftist. After the UDCS was formed they grabbed the attention of CPCN, -SE-, and NWF diplomats. Talking to all of the diplomats, however brief it may have been, made a big impact and bolstered Akken’s resolve into a push for some kind of form Unity or at least dispel some distrust. After hinting around in the embassies about Leftist unity treaties NWF diplomats met with -SE- in taking what later would be called the Warsaw Pact.

Soon after the formation of the UDCS, Akken was appointed to “Supreme Social Officer.” Allen’s job was to not only head of recruiting, Propaganda, and internal affairs but also had to diplomat to other alliances. Though the UDCS was small there was a lot of work involved, and not a lot of help. Between Warren Jarol (Foreman) and Akken they were the only two who were able under the UDCS Constitution to make and do important decisions but never the less, let the 7 members vote on these decisions. Once member count grew to 14 members the UDCS held it's first Elections and revisited it's constitution which Akken played a part in. On August 5th, 2008 Akken was elected as 2nd President of the UDCS and proposed is Economic plan to jump start the alliances strength. He was then reelected in September, but due to a tie in the election in October he stepped down and Warren Became President. And if only for another month as Supreme Social officer, Akken was reelected as president for the third time the following month, and again in December. In March The UDCS disbands due to Inactivity, and unable to secure larger treaties, with only ten members left and 100K Nation strength the members decided to leave.

After the Socialistic Empire merged into CPCN to form INT and Warsaw Pact lost most of its strength and UDCS' fellow Micro Alliances collapsed as well. The fall of the UDCS was inevitable and took a hard toll on Akken who joined INT for the Karma war then left after the war was over to join SWF. Akken now without purpose faded away into exile on Febuary 2011. 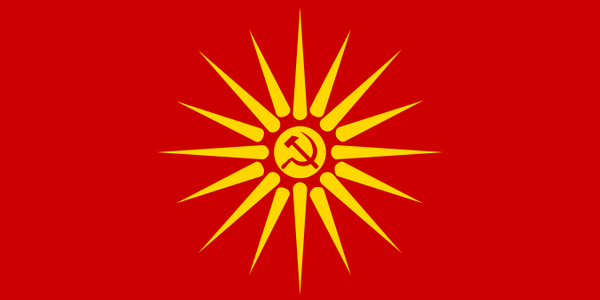 After Time in the self inflicted exile Akken returned using his real name to the political stage and joined former UDCS Ally Union of Communist Republics. There he was very much welcomed as a comrade. He did not push for power instead he used his time as Propaganda officer for the UDCS for work in the UCR by creating posters for consumption.

Eventually in 2014 Akken was elected into the vacant Commissar of Finance which at the time laid undisturbed for months. After the election Akken began overhauling the UCR Finances and trade circles. This Seemed to anger a few fringe members of LSF attempting to label Akken as a traitor however things blew over quickly as the charges where bogus. However in Mid 2014 a major power struggle began within the UCR. A few select members began working together and attempted to overthrow the established government by making changes to the Constitution which they believed would force the current government out. Akken Stepped down from the Commissar Position as to be able to speak his mind without the opposition attempting to use is Government position as a weapon. Eventually the Opposition was defeated and Akken was again elected as Finance Commissar where he remained until Late March 2015 when he was elected as Premier when KillingInnocent step down from the Premiership.

Premier of the UCREdit

During Akkens time as premier was especially hard for the Premiership and the Alliance as a whole. With many of the Larger and more active members gone it was up to Akken to come up with a solution to make the alliance run. The Idea of expansion was off the table until the current membership became active, So the idea was build at home. Akken started Constitution reform plans to restructure government to fill the needs of the Current membership. With that done and a new government filled action was taken to recruit and build nations stronger which had mixed success. however one thing was clear, the Alliance was still alive. Akken did manage to convince another small leftist Alliance called the UGSR merged into the UCR, on April 4th 2016 Akken stepped down keeping with the One year Premiership term set by every other premier before him. Having left his mark on the alliance as member, his rise as a Finance LT to a Commissar, then to the leader of the UCR it was Time for Akken to depart.

Retrieved from "https://cybernations.fandom.com/wiki/AkkenNovikov?oldid=522344"
Community content is available under CC-BY-SA unless otherwise noted.