Acturea was established on May 8, 2009 just hours before update.

President Gunn joined the Big Top Order immediately after joining Cyber Nations since his friend, who created a nation at the same time as him, was joining Big Top Order. He was their Deputy Minister of War from third day until he left the Big Top Order seven days after joining. He then joined the Fallen Knights, as a founding member with xR1_Fatal_Instinct, and took the role of their Vice President where he ran a great deal of the day to day running of the alliance, such as Internal, Foreign Affairs, and War work. The Fallen Knights were a protectorate of Invicta, and because of some internal problems he left the Fallen Knights on July 21, 2009 to join Invicta because he had gotten very close to its membership while in Fallen Knights.

President Gunn joined Invicta on July 21, 2009 and was immediately accepted into the alliance. On July 26, 2009, less than a week after joining, he was promoted by current Minister of Internal Affairs, to the position of Deputy Minister of Internal Affairs. He loved this job and worked very hard, especially on cases. Kn1nJa often complemented on his work habits and abilities, once even calling him the hardest working government official in Invicta. This along with a strong friendship built between him, Buddyboyrollin, and ShotgunWilly helped him succeed very early on.

He most enjoyed his time as Minister of Internal Affairs. He has a strong sense of justice, and believes everyone should follow the rules and those that don't should be punished in some form or fashion.

Some of the most influential people he has met in Invicta have been: Buddyboyrollin, Shotgunwilly, Kn1nJa, Rotty, and King Hobbs. Others notable influences include Haf, Jorost, Samus, Learz, Imperial Sparta, Rudekker, and Contra of the New Pacific Order.

President Gunn has been to war in several small battles under Invicta and one major war. The TOP-C&G War was his first major war and put his nation and his leadership abilities to the test. His personal assessment was that he did outstanding in the war. Expect for a few days he slots were filled and fought them bravely, never entering anarchy during the war. He went down to less than 100 infrastructure for Invicta and says he would gladly go to ZI and back for them

He has greatly enjoyed his time in Invicta and has trouble choosing just one moment as particularly memorable.

Most people know him as "Nascar8FanGA," his IRC name.

Nascar left Invicta on May 24, 2010 after a large altercation with another government member. After leaving he immediately applied to the New Pacific Order.

Nascar applied to join the New Pacific Order on May 24, 2010 and was accepted on May 26, 2010 after much support for his decision to apply. He stayed in NPO for a little over 6 months making many friends, including some of his best, during this time. Nascar served in many positions and almost every department in Pacifica before leaving for Invicta on December 5, 2010. 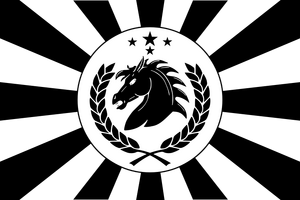 Upon returning to Invicta, Nascar picked up the position of Minister of Internal Affairs, his old role, to fill in the empty spot. On January 19, 2011, Jorost stepped down from his role of Lord Protector on the second anniversary of his reign to appoint Nascar and Dan2680 as co-Presidents of the alliance, as per Invicta's original form.

Retrieved from "https://cybernations.fandom.com/wiki/Acturea?oldid=522793"
Community content is available under CC-BY-SA unless otherwise noted.