ADude is a medium sized, well developed, and ancient nation at 1291 days old with citizens primarily of Mixed ethnicity who follow no religion. Its technology is first rate and its citizens marvel at the astonishing advancements within their nation. Its citizens pay extremely high taxes and many despise their government as a result. The citizens of ADude work diligently to produce Cattle and Wheat as tradable resources for their nation. It is a mostly neutral country when it comes to foreign affairs. It will usually only attack another nation if attacked first. It believes nuclear weapons are necessary for the security of its people. The military of ADude has been positioned at all border crossings and is arresting all drug traffickers. ADude allows its citizens to protest their government but uses a strong police force to monitor things and arrest lawbreakers. It has an open border policy, but in order for immigrants to remain in the country they will have to become citizens first. ADude believes in the freedom of speech and feels that it is every citizen's right to speak freely about their government. The government gives foreign aid when it can, but looks to take care of its own people first. ADude will not make deals with another country that has a history of inhuman treatment of its citizens.

In Cyber Nations TE, ADude has been a part of the following alliances: GLOP, Roman Empire, the Society, and Army of Darkness.

ADude is currently the Emperor of the Roman Empire, and helped the Romans throughout every round that the alliance would go through.

In the morning of May 22, 2010, ADude applied for NPO membership because he intended to experience "something different" and to take a chance in order to gain both experience and community. When Farrin asked ADude why he chose NPO and not one of the many other alliances, he replied:

ADude's application was approved by Lord of Darkness on May 27, 2010.

On July 28, 2010, he applied for a job as Mentor within Mentor Corps. As a Mentor it is ADude's solemn duty to assist new members of Pacifica to get to know their new home better and teaches them how the organism called NPO works. He was later promoted to Lead Mentor in the department.

ADude joined the Sitter Guard which his sole duty is to maintain accounts of Pacificans that cannot be online for an extended period (such as a week) and do the most basic controls (collect taxes and pay bills). He is the Overseer aka current department head for the House Sitter Guard. He manages all the Watchdogs and ensures Pacificans sitter requests are taken care of in a timely manner.

On August 22, 2010, ADude joined the Diplomatic Corps. He was appointed Imperial Ambassador to NADC, responsible for improving relations with them.

On October 26, 2010, ADude was appointed NCO of Delta Battalion. His task was to support Delta's Lieutenant Llednar Twem and to help with words and deeds wherever they are required. He was promoted to Zeta Lieutenant to replace former lieutenant WorldConqueror, after his departure to the NSO. On July 25, 2011, ADude retired from his office.

After his admission as a full member of NPO, ADude joined the Recruiting Corps. As a member of Recruiting, ADude helps NPO's community grow by inviting prospective candidates to the halls of Pacifica. By fulfilling this duty in an exemplary manner, he has been promoted to Enlister and, afterwards, Talent Agent. Recruiting Corps is moreover the department ADude enjoys most since is of the opinion that there is nothing better "than looking back and seeing the numbers increase because of your involvement." 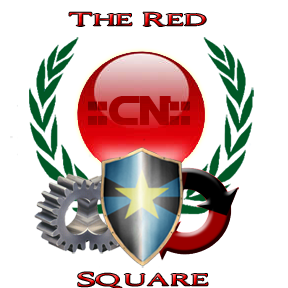 ADude joined the Red Services and became a trade specialist in which he organize trade circles for members of the New Pacific Order and the Red Team.

On September 1, 2011, ADude departed from the New Pacific Order to start his own alliance, Oceania. NPO was glad to be the protector of this new alliance.

Retrieved from "https://cybernations.fandom.com/wiki/ADude?oldid=500234"
Community content is available under CC-BY-SA unless otherwise noted.