The "CRAPwow! You'll be saying wow every time" treaty is a Mutual Defense and Optional Aggression Pact between the Random Insanity Alliance and Coalition of Royal Allied Powers announced on January 7, 2009. It is considered an upgrade of the CRAP ProtectoRIte Agreement.

Each signatory is recognized as a sovereign entity and shall be treated as such. This document represents a commitment between the CRAP and RIA, but does not give either signatory the power to infringe upon the sovereignty of the other in any form.

Both signatories will refrain from conducting hostile actions against one another either militarily or diplomatically. In the event of an issue arising between the signatories, it is to be resolved privately and through diplomatic means.

An attack on one signatory shall be considered a direct attack upon the other and will warrant a proper military response. In the event that a signatory declares an offensive war, they may request assistance from the other provided they give notice at least 24 hours in advance. Military assistance is not required from the other signatory in this situation, but is highly encouraged.

Florida
1. This article prevents either Alliance from adding Al Gore to their ranks

CRAP and the RIA shall each endeavor to avoid placing the other in a situation in which this treaty shall come into conflict with any other current or future treaty signed by that signatory. In the event that outside treaty obligations force the signatories into a situation in which they would occupy opposing positions in a larger conflict, neither signatory will take up arms against the other.

Either alliance may request aid from the other, and though it is not required to aid them, it is strongly encouraged. Both alliances will agree on a timetable to pay back the aids to the alliance that has given them, unless it is waived by said alliance.

In the event that one of the signatories wishes to withdraw from this treaty for a reason barring outright violation on the part of the other signatory, they must give at least 48 hours notice of intent to cancel during which time the treaty shall remain active. 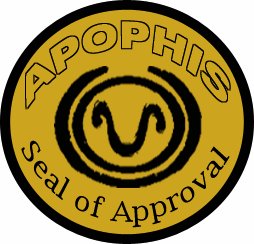 Retrieved from "https://cybernations.fandom.com/wiki/%22CRAPwow!_You%27ll_be_saying_wow_every_time%22_treaty?oldid=486476"
Community content is available under CC-BY-SA unless otherwise noted.