The People's Republic of Grand China (also referred as Grand China, or simply, China) is a sovereign state situated in East Asia and borders the Socialist Republic of New Vietnam, the United Korean Supreme Republic, and the Pacific Empire. Grand China was formed when the whole Chinese peninsula was unified under one government.

It is one of the founding members of the Soviet Union of Socialist Republics.

The People's Republic of China was a powerful communist nation with a large army funded by a strong economy. It was an ally of North Korea and Vietnam. With its strength and different values, it immediately established competition against the United States of America and Russia. However, that strength turned into weakness when an internal conflict began which drastically reduced the nation's military power to defend itself from potential invaders.

The Imperial ATLANTIS finally seized the chance to invade China but was only able to capture parts of it. These lost Chinese territories were Hong Kong, Macau, Hainan, Guangxi, Guangdong, Fujian, Zhejiang, Yunnan, Shanghai, and Taiwan.

During the Great Pacific War, the People's Republic of China took the chance to reclaim its lost territories and to regain full control of the whole of China, which was dubbed as the "Grand Unification of China". With the help of the newly formed United Korean Supreme Republic, the People's Liberation Army was able to push back the Imperial Military from their Chinese colonies (with the exception of Guangdong which was surrendered through the PEACE Pact).

Currently, the People's Republic of Grand China is the strongest and most powerful member of the Soviet Union of Socialist Republics. It is reconstructing the areas that were liberated from the Pacific Empire and is currently in an arms race with the empire.

The People's Republic of Grand China is divided among three bodies: the Communist Party of China (CPC), the Central People's Government and the People's Liberation Army. All positions in the government and in the military, especially those with significant power and authority, are occupied by members of the CPC. The highest and most powerful decision-making body in Grand China is the Politburo Standing Committee which controls the CPC and is composed of 7 people. 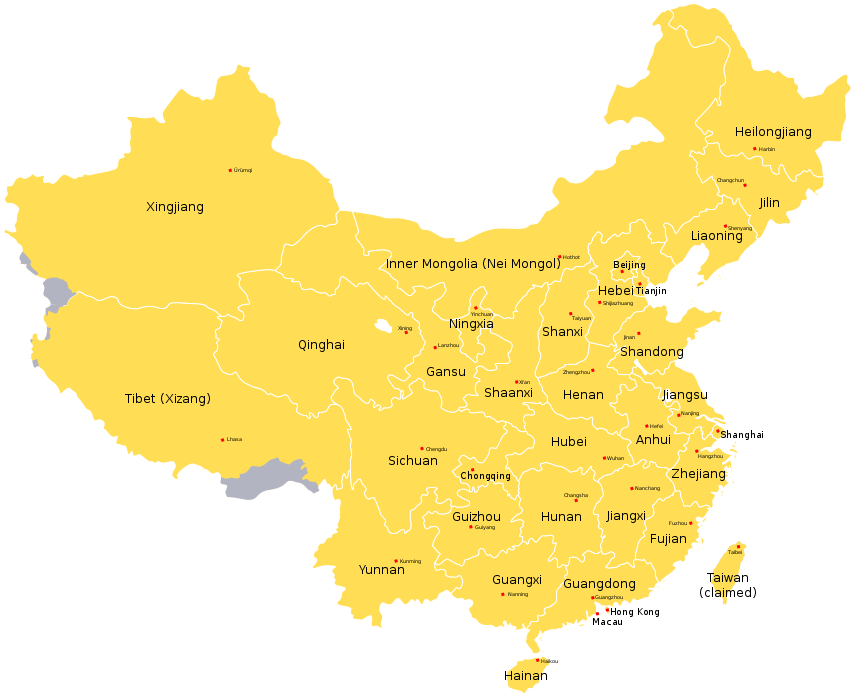 The People's Republic of Grand China has a large economy nearly covering all sectors and industries possible from all sorts of businesses both in the heavy and light industries. Its main exports though are manufactured goods that are often mass produced.

Retrieved from "https://cybernations.fandom.com/wiki/People%27s_Republic_of_Grand_China?oldid=422421"
Community content is available under CC-BY-SA unless otherwise noted.