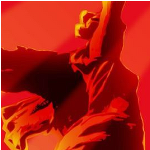 I thought I should let you know that I created this Military Unit infobox. At first glance, while it looks similar to this one (and it should be because I copied the code), I actually deleted a great deal out of the one I've created. You can see it working on Shock Squadron's article, and while it's essentially the same I changed "country" to "alliance" to make it work better in that role, rather than for a nation RP, along with removing all of the aircraft section and a few other things. I figured I should tell you in case you might have deleted it, thinking I had made a duplicated template. Cheers! -- Imperial Emperor - Talk 12:52, May 18, 2010 (UTC)

It would probably be better to just revert those two anon edits. From a quick scan it doesn't look like they actually added any content. And I have no idea why some people randomly add a lot of spaces for the fun of messing stuff up :P. Btw, there seems to be a problem with {{Style}} being used next to the infobox (text goes into/on top of the infobox). Those darn infoboxes :P. Bobogoobo - Talk - Nation  22:00, Tuesday, 18 May 2010 (ET)

The results of the test seemed normal, and other sites (such as the CN Forums, the SOS-dan forums, YouTube, Wikipedia, and a ton of other sites) are still loading normally, so the problem might not be on my end.  Pikachurin   Talk • Contribs   23:30, Friday, 21 May 2010 (ET)

Badges sound fun, I hope they'll be awarded retroactively :P. Also, I looked at that site traffic thing for this wiki and the most daily views by far was when the CN forums were offline ^_^. Bobogoobo - Talk - Nation  13:45, Monday, 24 May 2010 (ET)

Thanks for tweaking the infobox. Though, would it be possible to fix the infobox so that text doesn't flow into the next entry when it gets too long?
Also, are you actually in Singapore? If so, then have fun! ^_^  Pikachurin   Talk • Contribs   20:14, Tuesday, 25 May 2010 (ET)

Wow had no idea you were so important here Micheal :) your page looks awesome —Preceding unsigned comment added by UnknownUnavailable (talk • contribs)

I dunno why, but part of File:Bobogoobo (Province) Flag.svg isn't showing up. There's supposed to be another red bar thingy in that white space on the right. But this link does display it. What am I doing wrong? Bobogoobo - Talk - Nation  21:04, Wednesday, 26 May 2010 (ET)

Also, in the CN Wiki version the red bar that is there does not appear to be vertically centered (there is more white space under it than above it), although it is centered in the other link. Could this be due to how adding a filter increases the border/size of the object? What do I have to do to make the wiki happy :P. Bobogoobo - Talk - Nation  21:26, Wednesday, 26 May 2010 (ET)

I've been planning some wiki things recently, and while I was looking for information for various projects on Wikipedia I came across the barnstar awards. Would you be interested in introducing something like this here? Barnstars would by far be the best sort of CN Wiki award to create, they would be self sustaining in the end as there wouldn't need to be an award panel or such to grant them. Barnstars could be created for things like alliances, updating alliance stats, reverting vandalism, team information, nation information, RP, etc. Because anyone could introduce a barnstar, it means a few people don't need to try and think up all the awards all the time. As for the graphics themselves, there are many talented artists in the CN community and it may be possible to enlist their help for say, the first batch of awards at least, as it gives a good base. What do you think of this? -- Imperial Emperor - Talk 13:04, May 30, 2010 (UTC)

I placed Category:Cities of Disparu under Category:Capitals since I thought every article in that category was about a capital city. I forgot about Montreal though, so thanks for pointing that out. :D Anyways, wouldn't it be possible to program a bot to automatically re-categorize articles in those categories? A bot could check if an article is categorized in a main category and a subcategory, and if it is, the bot could un-categorize the article from the main category. Would that be possible?  Pikachurin   Talk • Contribs   20:45, Tuesday, 1 June 2010 (ET)

Thanks for blocking the guy who vandalized my nation's article, it's appreciated. ^_^ I noticed both of our nation articles were vandalized this morning. Even though my article was vandalized four hours after yours was, and the guy who vandalized Disparu was using a Japanese IP instead of an American one, could both incidents be related somehow?  Pikachurin   Talk • Contribs   18:14, Thursday, 3 June 2010 (ET)

You're welcome. On an unrelated note, if you don't mind, could you remove Labrador from File:Disparu (orthographic) (provinces).svg and the versions for Almia, Coronet, Nunavik and the Gaspésie? Labrador was ceded to a new CNRP player yesterday, so the maps will have to be reupdated again.  Pikachurin   Talk • Contribs   19:22, Thursday, 3 June 2010 (ET)

Once the "What links here" pages for Pastoria and Labrador gets refreshed, I'll fix the links to them.
Anyways, I ceded Labrador due to OoC reasons. A new CN player who wanted to participate in CNRP sent me a message one day, asking if he could have Labrador (since that was also his in-game nation name and location). I didn't really have anything planned for Labrador in my RP (besides a terrorist RP that didn't really turn out great), I wanted more players in CNRP, and I didn't want to drive out a new CN player, so there weren't any major reasons for me to deny his request (besides having to update a ton of stuff here in the wiki).  Pikachurin   Talk • Contribs   21:05, Thursday, 3 June 2010 (ET)

Okay, I've updated the two images. Thanks for pointing those out. Anyways, I agree, Labrador's secession will probably make for some interesting RP. That, and the Parti Français has been slowly gaining more support and seats in Parliament since the Gaspésie joined Disparu, so retaining English as an official language might make them overthrow the Government - which is mostly composed of Illuminati Pokémonist Society Disparu Committee members and supporters. :P  Pikachurin   Talk • Contribs   21:35, Thursday, 3 June 2010 (ET)

Hi, I'm an admin and b'crat at Battlefield Wiki, but I'm also a Wikipedia user. I couldn't help noticing your post asking for a signature bot for this place. I'm wanting the same for my wiki, so I was wondering, did you ever get a reply? - User:Bondpedia (talk) 18:54, June 7, 2010 (UTC)

Ah, thanks for the update. I think it's a problem with thumbnails as a whole, since the map thumbnail in the Imperium of Canada is displaying an older version of the file even though it isn't a SVG file.  Pikachurin   Talk • Contribs   20:12, Monday, 7 June 2010 (ET)

Out of curiosity, why was File:DisparuStorm.jpg considered spam/vandalism? I don't remember spamming or vandalizing that file before it was deleted... O_o  Pikachurin   Talk • Contribs   22:45, Monday, 7 June 2010 (ET)

Nice Wiki, did you do it by yourself? —Preceding unsigned comment added by Commanderneyo77 (talk • contribs)

Heh, thanks for filling in the white space on the Legion article. I'm searching for other clever ways of filling it in! Imperial Zealot (talk • contribs) 18:25, June 12, 2010 (UTC)

RE: Unknown War and current crisis

The supposed war between the US and the Great Lakes seems to have turned into an environmental cleanup project, so I might end up keeping the Unknown War section with the main article. :P  Pikachurin   Talk • Contribs   11:21, Monday, 21 June 2010 (ET)

The second SF is not connected to the first one, it's on a different colour, has a very different history, and came about through the merger of a number of SF alliances that had formed in the past.

Fine I will obliterate the old one

It's not the same alliance, that doesn't even make sense.

That doesn't even make sense. It has a different flag, different colour, different founders, different origin, different FORUM, different IRC channel, different EVERYTHING. There is no connection between the two other than the name.

I've just encountered "shoot first and ask questions later" editors on every wiki I've ever been on. Part of it is me, I just make changes and am not fond of discussing them or getting approval first, but part of it is also the wiki culture breeds the mentality that everyone new is probably a vandal. --James D. (talk • contribs) 00:41, June 22, 2010 (UTC)

Retrieved from "https://cybernations.fandom.com/wiki/User_talk:Michael_von_Preu%C3%9Fen?oldid=341438"
Community content is available under CC-BY-SA unless otherwise noted.